The city of Oaxaca, capital of the state of Oaxaca, is located in the foothills of the Sierra Madre mountains. Driving to the city on Highway 190, (known as the Panamerican Highway), we were treated to a good wide road and spectacular views of deep gorges, thin slivers of river way below, and lush  green forested hills extending back forever until they blended with layers of blue mountain ranges.

On the advice of our friends Leona and Brad, we asked to camp at the Overlander Oasis in Santa María del Tule, a quiet town just east of Oaxaca city. The host owners Leanne and Calvin are transplanted Canadians who have built a small comfortable camp in their lovely yard. To our surprise Leanne and I discovered that we were classmates in our Med Lab program years ago, and we both had worked at the same lab in Brandon, just not at the same time. So of course we had good old gabs about lab work.

We took the opportunity to settle in for a few days, get laundry done, an oil change for the van and other odd jobs, interspersed with day trips in the area.  One afternoon we took local transport into Oaxaca, hung out in the center for people watching and listened to the music of street performers. We encountered two street blocks literally full of young people, walking along with a marching band, drinking beer and having a great time.  We could not tell if it was a protest or just regular Friday night entertainment. In the evening we attended a Guelaguetza, a sampling of a cultural event that takes place in July each year. Highlighting the culture of various indigenous groups that make up the state, we were offered ethnic food, dance and music.

The buffet was excellent, mole negro con pollo being my favorite, and the flan was the best we’ve ever had. There were about eight traditional dances, each with colorful  costumes, and a live band playing brass and wind instruments, with one drummer. The dances were very energetic and after an hour and a half, both band members and dancers were looking quite exhausted.

Santa María del Tule boasts the largest tree in the world and after seeing Sherman in California we were quite intrigued.  Located in the center of town, it stands next to the church, in a central square full of flowers, lovely large pink roses, and benches. 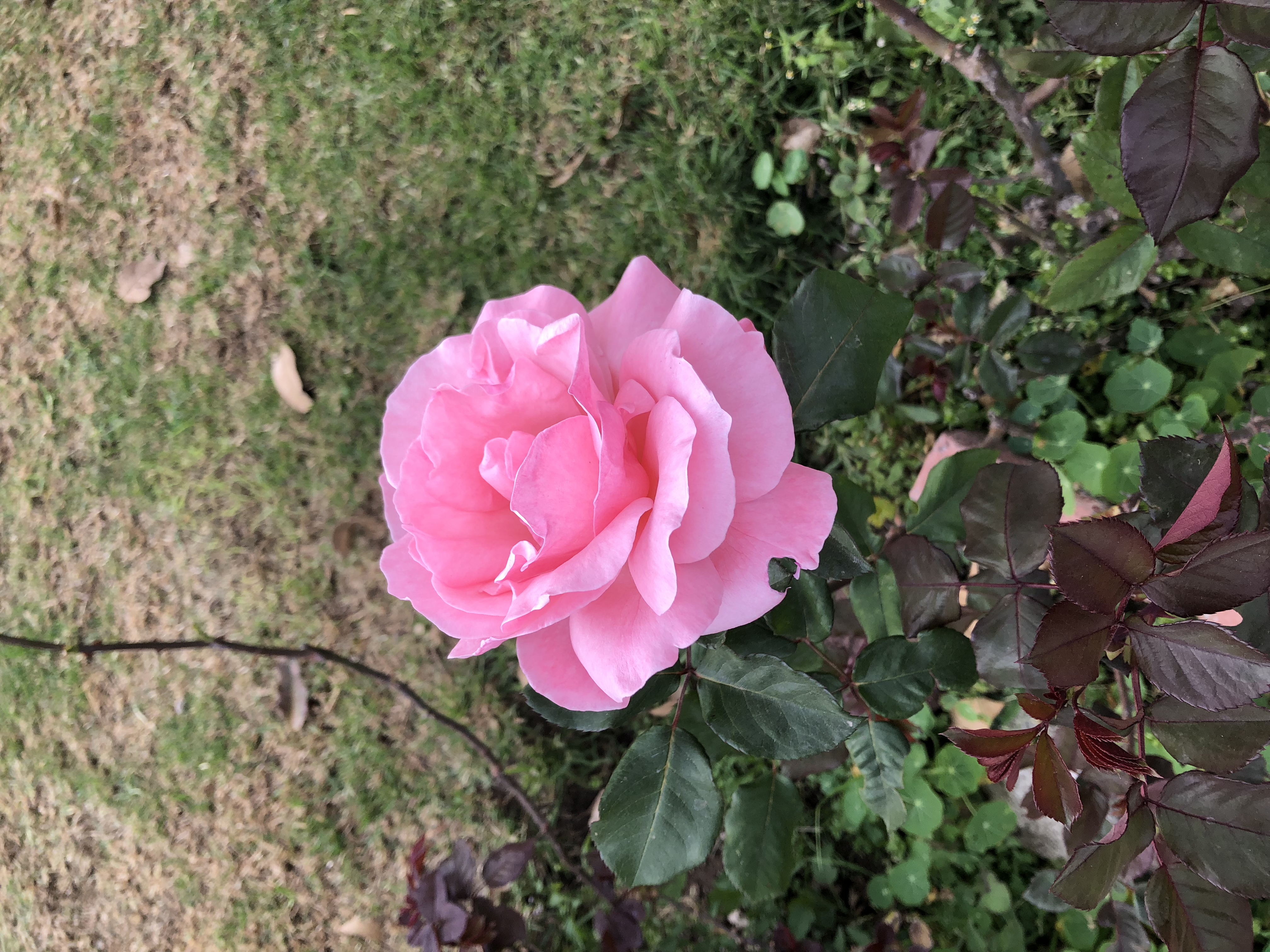 The tree is a cypress and has the stoutest trunk in the world, with a circumference of 137.8 feet. The canopy is massive, with the age estimated to be between 1400 and 1600 years. In spite of its size it still  looks quite attractive.

Since we cook most of our own meals, we walked around town for a bit of food shopping, finding a tiny sidewalk shop that only sold pollo (chicken). There was a row of about eight naked chickens on a shelf and a few cut up pieces. I asked for pechuga (breast) as it is easiest for us to cook. The shopkeeper grabbed one of those naked chickens by the ankle, swung it on to a chopping board with one deft movement and pulled out a knife the size of a sword. Whack, whack, whack. Voila, the breast. “All or half”, she asked. “Half”, I replied. Whack again. Then she wrapped our meat in a small clear plastic bag and that’s how you buy chicken in Santa María del Tule.

We enjoyed good conversation with Calvin and Leanne, and really appreciated their thoughtful tips on places to visit. Being a mechanic and all around fabricator, Calvin also helped Bob refit our bicycle hitch which was sitting too low, banging on speed bumps as we went over. This couple treat all of their camp guests to this kind of rare hospitality, and we felt lucky to have met them.  We were reluctant to leave, but after saying goodbye, we headed for high country.

The Sierra Norte mountains are home to indigenous people, mostly Zapotec and Mixtec, who are self governing, striving to maintain their autonomy and culture. Eight villages have banded together to provide ecotourism in the way of 3 to 10 day guided hikes on mountain trails, walking from one village to another and staying at  specially built cabanas in each village. We drove up into the mountains on narrow dirt and rock roads, camping in the van for two nights, while visiting the villages of Letuvi, Benito Juárez and Teotitlán.

In Benito Juarez, altitude 10,000 feet, we were directed to camp on the only flat space to be found, the basketball court.

At Letuvi, population 650, we hiked with our guide Nayheli, down through pine and oak forest, to a waterfall in the valley way below.

Then we stopped for lunch at a nearby ranch house where a Zapotec couple uses the clear river water to operate a small trout farm. They offered trout, cooked four different ways. After ordering, they caught the fish. Very fresh and delicious. We enjoyed our guide who only spoke Spanish but graciously attempted to understand and answer all of our questions and proudly informed us that she was the only female guide.  I nearly sweated to death on the way back which was straight up, and then more straight up.

In Teotitlán, the art of traditional wool rug making is upheld by many artisans. We were able to see how sheep wool is carded, spun into yarn, and dyed with natural elements.  A brown paper pattern is drawn and transferred to the loom. On the loom was a large rug in the making and we watched as a few more colorful rows were skillfully woven.

We loved the geometric pattern of the Zapotec and after looking at many rugs we selected one to buy. I also bought a hand dyed skein for my afghan project.

These communities live a very rural lifestyle and we often encountered herder and goats on the road, burros carrying bundles of wood, or a man standing in a wooden cart driving a team of oxen. Oxen are also used here for field cultivation.

Older Indigenous women wear traditional clothing, a plain or printed dress covered with a full apron, and flat black shoes. Their dark hair is worn in two long braids, each wrapped with colorful cloth. One day we stopped for a wedding procession that was walking through the streets. The bride wore a bright white full length dress with hooped skirt, the groom in a grey suit, led by a brass band whose members were all dressed in red shirts. The bride’s long train was held in the air by a young boy and girl wearing similar outfits to the bride and groom.  People of all ages followed along, and at the rear were men carrying boxes of beer on their shoulders.  Several older women happily waved for me to join in the procession, but I did not.

Our last stop in Mexico was the city of San Cristobal de las Casas in the state of Chiapas. Driving to our campground on the edge of the city we opted for a shortcut that came up on google maps. This route took us through narrow spanish colonial streets made of stone. There was a line of parked cars on one side and very little room to drive. Luckily we kept the side view mirrors intact. And then we met cars trying to come toward us. Uh, back up buddy.

We walked into the town center each day visiting congested markets, enjoying street food, shopping at small tiendas, or eating at a sidewalk restaurant and watching the interesting mix of people go by. The main ethnic groups here are Tzotzil and Tzetzal.

One outfit worn by many indigenous women is a black skirt made of sheep skin, with the wool intact. I am not sure if the sheep are black or if dye is used. The skirt is complemented by a shiny blouse of pink, gold or blue and often a large scarf wrapped around the back which holds the baby.

The Plan  Cross in to Guatemala and hope to camp at Lake Atitlan.

2 Replies to “Last week in Mexico”