We arrived in Argentina with a plan. First stop to see the wonders at Glacier National Park. Then a pit stop at Ushuaia, on the tip of South America. Then head for home, dropping off the van in Uruguay where we have a storage spot lined up. Finally, a short hop to Buenos Aires and fly home. A manageable schedule in the 5 weeks remaining.

But then, the world turned sideways.

Suddenly Argentina’s president announced the cancellation of all flights from USA. Then, in rapid succession Ecuador, Peru and Argentina’s borders were closed, then national parks were closed. Now museums, municipal campgrounds and many restaurants and hotels. At the gas station, the convenience store door was locked. But you could still purchase food through a window, being tended by a guy wearing those blue gloves and a face mask.

Before all this happened, we did manage to see some of Glacier National Park. In the northern section, the village of El Chaltén sits under an imposing set of peaks. 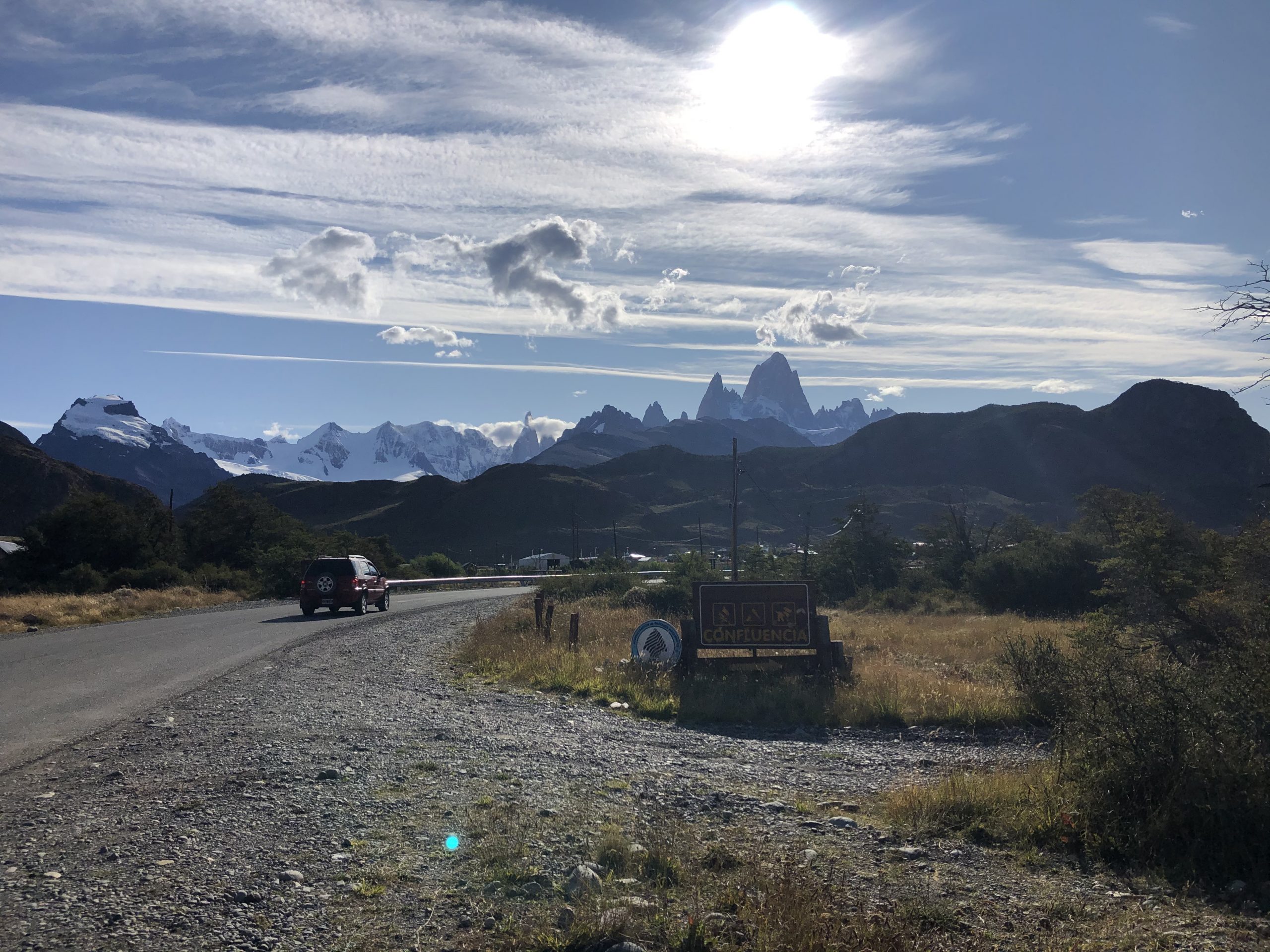 Although shoulder season, there were still plenty of tourists, especially Europeans. Everyone wearing a daypack and carrying a walking stick. The streets are crammed with hotels, hostels, restaurants and laundry drop off spots.

A 9 km hike took us to Laguna Torre. On a brilliant clear sunny day. Along the way, we could see the needle like peak of Cerró Torre and sometimes see the jaw dropping rock that is Mount Fitz Roy.

Both so incredibly breathtaking. Difficult to tear your gaze away.

We did not get to Ushuaia. Although it is in Argentina, you have to cross a section of Chile to get there. We got close though, after hours of driving through fenced ranch lands, shrubs and grasses. No trees. Few sheep.

The only change of pace was slowing down for guanacos or rheas on the road.

At Rio Gallegos, with borders closing we decided not to continue. Would be nice to see the tip of South America….. but definitely don’t want to get stuck there!

After much deliberation we turned north on Route 3, up the eastern side of Argentina, toward Buenos Aires, in case we can luck into a flight home. We are still a few days drive away.

Argentina has taken a very serious approach to this pandemic. There are police roadblocks everywhere.  We were stopped 5 times in 1 day.  Where have you been, where are you going, lets see your passport.  After deliberation they let us go.

At two of the stops, a health team was called.  They asked if we had any symptoms.  One team stood around the van wearing those white hazmat suits. Kind of surreal. But all very polite.

Right now we are camped on a long pebbly beach, looking out at the blue Atlantic which stretches forever to the horizon.  Here we can complete our 14 days of self quarantine in Argentina. Six days to go.

A bit of wind helps keep the flies away. It’s sunny and 75 F. Not the worst place to be.

9 Replies to “Argentina- in viral times”